With the days getting shorter and the nights cooler, there’s no doubt that summer has come to a close. Memories of carefree days at the beach linger in our minds as we contemplate the increasingly cold months ahead.

If you’re anything like me, you’ll already be dreaming up where to find sunnier shores this winter! When I lived in New Zealand, our (affordable) options for a warm winter break were limited to South Pacific destinations such as Fiji or the Cook Islands.

But now we’re living in France, it’s much easier to swap snow-capped mountains for sun umbrellas with the multitude sunny destinations only a short plane ride away. Below I’ve rounded up the best destinations to find winter sun in Europe!

Where to Find Winter Sun in Europe

The charming island of Sicily is a tourist magnet during the summer months. But come winter, the days are accompanied by the gentle hum of fishing boats leaving the port and the scent of lemons hanging heavy on the trees.

Temperatures in Sicily are mild in winter, making it the perfect weather to enjoy unobstructed views of the ancient Greek theatre of Taormina or to take a hands-on cooking class. If the days do get cooler, you can warm up by taking a dip in the natural hot springs of Segesta.

Best Things to do in Sicily

The Spanish island of Gran Canaria hangs off the coast of Northwestern Africa. With temperatures reaching up to 24°C in the winter months, Gran Canaria delivers buckets of winter sun!

Enjoy a second summer while exploring the National Parks, dolphin watching off the coast or even taking a submarine tour of the underwater world!

Those wanting to take it easy can visit one of the island’s vineyards or relax on the island’s black lava and white sand beaches. The southern end of the island has some of the most spectacular beaches and there are loads of things to do in Maspalomas when you get tired of surfing the dunes!

And as one of the more affordable islands on the list, Gran Canaria is perfect for budget travellers too.

Best Things to do in Gran Canaria

While the Mediterranean Sea may only be swimmable by the bravest of souls, that’s no reason to skip the seductive island of Sardinia in winter. The coastline still dazzles with incredible beaches, and you’ll be alone to enjoy them.

Take the opportunity to get acquainted with the island’s grottos, uncover hidden treasures in the hills, sample the unique flavours of Sardinian cuisine, and visit the villages clutching the edge of towering limestone cliffs.

The winter months see temps in the teens, and it’s the best time to get involved in the island’s festivities.

Best Things to do in Sardinia

Cagliari: Food and Wine Tour to the Island Wineries

I love visiting Greece in winter. So it’s no surprise that my favourite Greek island made this list! Though the temperatures can fluctuate from the low teens to the early twenties, it’s a fabulous time to enjoy the warmth of the local hospitality.

Devour the locally made delicacies, happy in the knowledge that what’s being served up “off-season” is what the locals like to eat. Make the most of the quiet to stroll the empty alleyways, and take in uninterrupted views as you walk the island’s many trails.

Best Things to do in Crete

The Miracle of Wine and Olive Oil: Day Tour from Chania

The largest of the Canaries is home to the 3rd highest volcano in the world, the highest peak in Spain, and Europe’s largest water park. There’s no doubt the island of Tenerife is a winter destination on a grand scale.

With temps nudging 20°C in January – Tenerife doesn’t really do winter. So it’s a safe bet for some off-season sun. And if you needed one more reason to visit Tenerife in winter, the Carnival of Santa Cruz de Tenerife (the worlds most renowned carnival outside of Rio) is it!

Best Things to do in Tenerife

In just a few short hours you could be whisked away from dodging puddles on a cold grey day, to a land that tops the charts for winter sunshine hours in Europe. Malta enjoys an average of seven sunshine hours each day during January, making it an excellent choice for a winter holiday in Europe.

Unlike some popular tourist destinations, life continues as normal in Malta during the winter months, meaning there’s always plenty to see & do at any time of the year!

Best Things to do in Malta

Sunny days and crisp nights are the recipe for a winter holiday in Mallorca. The cooler months are the ideal time to visit the island’s capital, Palma, where you can browse the museums, visit the mystical Arab baths, and dine on Michelin-starred cuisine.

Traverse the countryside in vintage style on the old Soller train, delight in tasting some of the island’s 300 locally grown wines, or hike into the Serra de Tramuntana – a UNESCO World Heritage site that is brimming with almond blossom from late January.

Best Things to do in Mallorca

Visit the Caves of Drach on a tour from the South

With winter temps hovering around 23°C you’d be hard-pressed to find a reason not to visit Cyprus in the winter months. If you feel like skipping the white Christmas this year, why not hit up the Xmas markets in Nicosia. At the month-long “Christmas Avenue” you’ll find all of your festive favourites – minus jack frost.

Winter is the perfect time to learn about lost civilisations at the Tombs of the Kings. And if the warm weather gets too much, you can always retreat to the Troodos Mountains for a spot of skiing!

Best Things to do in Cyprus

Off-Road Excursion From Ayia Napa to an Enchanted Lagoon

In case you hadn’t guessed already, the Canaries are a winner when it comes to finding sun in the winter months. And Lanzarote is no exception.

This volcanic wonderland has a unique landscape recognised by its UNESCO Biosphere Reserve status. And it has only been enhanced by creations from local artist César Manrique. Step away from the resorts to experience the best of what the island has to offer, from exploring lava caves to visiting Europe’s first underwater museum!

Best Things to do in Lanzarote

Every New Years Eve, Funchal, Madeira’s capital city, put on a fireworks display that has won recognition worldwide. It even won a Guinness World Record for the largest fireworks display! But if fireworks aren’t your thing – there’s still plenty of things to do in Madeira in winter.

Take the cable car up to Monte Palace and visit the tropical gardens. Sample the local poison, a delicious concoction made from sugar cane, lemon, honey and fruit juice. Or simply enjoy the mild temperatures while dipping your feet in the natural salt water pools at Porto Moniz.

Best Things to do in Madeira

Madeira: Best of the West Tour from Funchal

In Europe, you’re spoiled for choice when it comes to finding sunshine in the winter months. With so many fantastic destinations just waiting to be explored, which will you choose for your warm winter holiday? 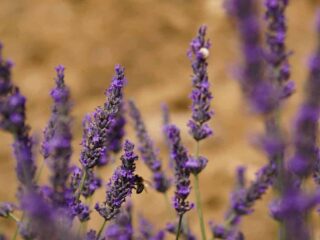 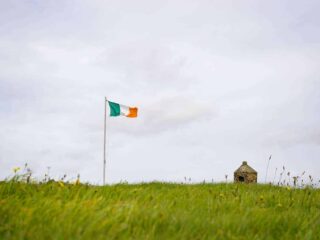 Hi Femi! Thanks so much for your comment and apologies for the delayed response. I'm not overly familiar with the Costa Blanca. But I've spent a lot of time further north around the Costa Brava and it's lovely in winter! I think you could stay there for a month and be happy exploring the surroundings, including the towns and villages inland. Otherwise, Crete is amazing in winter (stay away from the resort areas), and we've just come back from Mallorca which was lovely and quiet at the beginning of May. The island is easy to get around, and I think it'd be very interesting to stay in for a month. We stayed at a lively Airbnb in Maria de la Salut - a rural village in the centre of Mallorca. Hope this helps!

What a list! Sicily is still at the top of my list for places to photograph in Europe...I'll just have to come and visit :)

You must! I'd love to see your photos from Sicily :-)

I'm really tempted by a little getaway to Cyprus in the new year. 23 degrees, yes please!

It sounds like bliss right about now doesn't it!