The Life Behind Lavender – Visiting the Lavender Museum in Provence

Flowering fields of lavender are an image synonymous with Provence. But the bucolic scenes created by neatly plotted rows of purple are only a by-product of the true industry surrounding lavender.

Blue gold – as it was once known – grows in the highest mountainous regions of Provence, France, and has played an important part in the area’s history and heritage. Not least for the Lincelé family of the Château Du Bois.

Discovering the Lavender Museum in Provence

It doesn’t often rain in Provence. But when it does, it pours. It was one such soggy Saturday afternoon that we drove into the depths of the Luberon in search of distraction. Our destination was roughly the charming village of Gordes, but we welcomed deviation from our journey on the way.

Driving through the village of Coustellet, a large stone building caught our eye – partly because of the two or three hefty tour buses parked outside! I briefly caught the words “Musée” and “Lavande” which was enough to pique my curiosity and so we swung the car around for another look.

Pulling back into the car park it was clear we had arrived at the Musée de la Lavande – the Lavender Museum of Provence.

Entrance to the Lavender Museum

While I normally try to avoid visiting attractions at the same time as large tour groups, the idea of escaping the rain and learning more about the iconic lavender fields of the Luberon lured me inside.

As expected, the entrance was fairly busy but moved swiftly as a tour group was ushered through the museum doors before us. We didn’t have to wait long to buy tickets and we handed over our euros in exchange for an English audio guide and a 20% discount card for the on-site boutique.

Before entering the exhibition space, we had a brief introduction to the differences between the lavande grown at high altitudes in the Luberon, and the lavandine which can be grown everywhere else.

The distinction is important, as only true lavender can be used for medicinal properties and as a fine fragrance. The more common lavandine came about with the invention of washing machines. And it’s still used to scent household cleaning products to this day, due to its cost-effective ability to cover up otherwise nasty smells.

Our guide as it turned out, hails from the Lincelé family. The very family who have been growing lavender at their family farm, Le Château du Bois, for generations. The same family who established the museum in 1991.

Photographs are not permitted to be taken within the museum, but the guide below will give you an idea of what you can expect to experience while visiting the Musée de la Lavande. Plus highlights from what we learned.

The first stop on our tour of the lavender museum was a cinema room. A short film played in rotation and while it was in French, our audio guide translated it for us and filled in any blanks.

The film takes you on a journey through the family’s lavender farm – from seeding right through to harvesting and the production of fine lavender oil.

Following the film, you continue through into the main exhibition hall of the museum. The space isn’t grandiose, but the information provided through both written signs, and the curated audio guide help to enrich the experience.

At first, you’ll pass a number of stills used for producing the lavender essence. These stills have been collected by Georges Lincelé over the years and have been restored to show how lavender oil has been produced throughout history. The stills fall into three categories – the naked flame still, the bain-marie still and the steam still.

The oldest kind of still on display in the museum, the naked flame stills date back to the 17th century. Handcrafted out of copper, no two of these charming stills are the same.

The steam still uses a boiler (fuelled by recycled distilled lavender straw) to distil several vases of flowers in quick procession – making it an efficient exercise. The museum holds two of these stills, one of which is on wheels – a travelling lavender still!

Tip: The tour group in front of us received a more detailed explanation of the various stills on display. If you want a more in-depth understanding, perhaps booking a tour is the way to go.

Overall, the museum experience isn’t overly fascinating for young children. My son (4 years old) watched the film, but was more interested in the tractors and machinery than the story of lavender! The stills held his attention briefly before he started to get restless.

Luckily there is a small area for children to do some colouring while adults can roam the museum and keep an eye on them at the same time.

One of the fascinating things I learned about the growing of lavender is how it’s seeded before being plotted into neat rows. Near the end of our tour, we watched another short film which explained the labour of love that goes into first seeding and then planting around 7-10 hectares of lavender each year. That’s up to 170,000 lavender plants a season!

Lavender harvesting was traditionally a woman’s job. Mothers would go into the hills with their children and cut the wild lavender with a sickle before gathering it into large fabric bags and aprons.

Nowadays, lavender harvesting begins at the end of July and takes around two weeks to complete with the help of Clier tractors which trim the tops of the lavender plants. The lavender cuttings are then collected and distilled using steam in two large containers – each holding 1500kg of flowers!

All 80 hectares of lavender is distilled on-site at the Château du Bois using the traditional method.

The museum displays also tell the story of how lavender has been used through the ages. Firstly as a medicine and later in the production of fine parfums.

These days it’s commonly referred to as the “Swiss Knife” of aromatherapy – lavender essential oil has many modern-day uses. From relieving headaches, to warding off head-lice, to adding a beautiful & relaxing scent to your bath – the only limit is your imagination!

The final stop on your tour of the lavender museum is the Château du Bois boutique. There are so many lavender products on display, it’s very hard to choose! Everything from foot creams, to anti-ageing moisturiser, and even tea bags can be purchased at a reasonable price.

After trying out a few of the cosmetics, I finally decided on a cosmetic gift-pack, a bottle of fine lavender essential oil, and four ceramic diffusers to help spread the heavenly scent throughout our home.

Now, of course, I’m wishing I’d also bought a candle, some foot cream and a face mask – but luckily their products can also be purchased online!

The museum is open 7 days a week, year-round except January. Opening hours vary with the seasons, so it’s best to check them in advance (here).

Entrance to the museum costs €6.80 for adults and is free for under 15’s. Audio guides are available in 10 languages.

Our stop at the Musée de la Lavande was an impromptu decision fuelled as much by our desire to escape the sodden weather than to learn about lavender. But the experience was as enriching as it was entertaining.

The Lincelé family are clearly very passionate about their heritage and the future of lavender, and it shows in the way they’ve developed this enchanting space. If you’re visiting the lavender fields of Provence, I’d highly recommend adding this museum to your itinerary.

Liked this? Pin it! 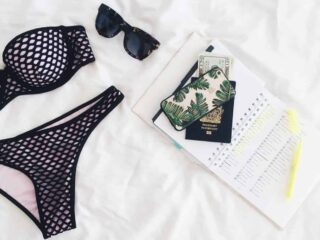 The ONE Product Every Traveller Should Carry - And It's Completely Natural!
← Read Last Post 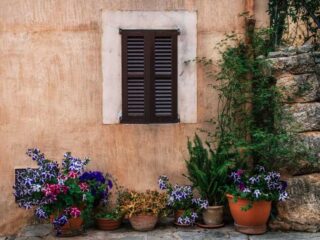 Sounds like you stumbled on an enchanting little museum. We love impromptu stops like this on our travels. Thanks for linking up to #AllAboutFrance

I am waiting for a soggy day to visit & still haven't quite managed it yet - reading this though makes me realise that I really should. We are surrounded by fields & distilleries and yet I am not too aware of its history. Although I do use lavender oil in our floor steamer - the house smells so lovely after! Thank ks for spurring me on to visit #AllAboutFrance

I love lavender and a small farm locally used to grow it and it was amazing how strong the smell was as they distilled out the oil. Very potent so you can perhaps understand why it is good for healing wounds! #AllAboutFrance