The Royal Abbey de Fontevraud, tucked away in a beautiful corner of the Loire Valley, is one of France’s finest examples of religious architecture and the perfect destination for a family day out.

Step back into the region’s colourful medieval past and come face to face with some of England’s most notorious monarchs.

On the Trail of English Kings in France

Richard the Lionheart is surely one of England’s most iconic rulers. A fearsome crusader and warrior, he is perhaps best known as the absentee king of the Robin Hood legend, sweeping in at the end of the tale to restore order and tame the excesses of his cruel younger brother, Prince John.

It may be surprising to learn, therefore, that Richard’s final resting place was not in England itself, but rather in the Royal Abbey of Fontevraud, in France’s Loire Valley.

Fontevraud, perched on the banks of the Loire and close to the medieval city of Saumur, is a classic example of the closely intertwined relationship between England and France in the medieval period. Founded in 1101, this beautiful abbey is the final place of rest of not one, not two, but four English monarchs.

Fontevraud was a favoured establishment of the Plantagenet kings, including the dynastic head, Henry II of England and his wife, the formidable Eleanor of Aquitaine, immortalised by Peter O’Toole and Katherine Hepburn in the epic 1968 film, The Lion in Winter.

This was a period when English kings were culturally French, and major players in French politics, owning vast swathes of land from Normandy to Aquitaine.

Henry and Eleanor were great supporters of Fontevraud, and under their patronage, the foundation grew swiftly into one of the most important religious sites in the region.

It was also distinctive in its organisation, divided into four priories that housed monks, nuns, lay brethren and lepers, all ruled over by a powerful abbess. It remained a functioning abbey until Napoleon sacked the buildings and converted it into a prison in the early 19th century.

However, today it stands proud, lovingly restored, as a testimony to France’s medieval past and a time when these two rival nations were inextricably connected.

The biggest attraction is the magnificent 12th-century abbey church, a beautiful example of towering Romanesque architecture. The interior is stripped back and elegant, with a clever interactive display that allows younger visitors to design their own stained glass windows and project them onto the high walls of the church.

It’s here you’ll find the tombs of Henry II, Eleanor of Aquitaine, Richard the Lionheart and Isabella of Angouleme, wife to Richard’s brother John. Their bones may have been scattered during the Revolution, but their effigies now take pride of place in this palatial, dramatic church.

England’s kings certainly made their mark here, but it is perhaps Eleanor of Aquitaine, an important French landowner in her own right, who has left the deepest imprint.

Defying the conventions of the age, Eleanor was a notorious schemer and political player and was ultimately imprisoned by her husband to prevent her from conspiring against him. She outlived him, and continued to dictate the course of English politics well into her old age, during the reigns of her two sons, Richard and John.

An excellent exhibition in the abbey church describes her role in raising the ransom required for Richard’s release when he was captured on his return from the Holy Land after the Third Crusade.

Fontevraud was a religious foundation where women ruled, and Eleanor made sure that its abbesses were well supported. A visit here is an ideal opportunity to witness the ways in which medieval women, despite the patriarchal restrictions of the period, were able to wield considerable economic, political and religious authority.

There’s plenty to explore in the abbey complex, including the large chambers, dining halls, cloisters and gardens that were an essential part of the medieval foundation.

One of the most fascinating rooms is the unusual octagonal kitchen, complete with 20 stone chimneys. The blackened stone shows precisely where the ovens would have been, and it’s easy to imagine this space as the bustling hub of the abbey, with a team of nuns baking bread around the clock, working hard to feed the many mouths that depended on them.

The labyrinthine cellars that extend under the visitor centre are another highlight: these were used as a storehouse in the medieval period, but are now beautifully lit to create an atmospheric and eerie effect for visitors.

Perhaps the most impressive aspect of Fontevraud, however, is its magnificent setting, which shows off the Romanesque architecture to perfection. Nestled in 14 hectares of lush, green countryside, and encompassing a traditional medieval stone village, the abbey offers beautiful views down to the river and beyond.

Make sure to take the time to wander through the abbey gardens, which provided food, herbs and medicinal plants to cater to the needs of residents, and visit the beautiful orchards. There’s plenty for children to explore too, with specially designed treasure hunts that can be completed using the iPads available at the visitor centre.

Where to Stay When Visiting Abbey of Fontevraud

Fontevraud also offers a great base from which to explore the surrounding countryside and castles, either on foot or by bike. Indeed, for a special treat, and the ideal way to immerse yourself in the region’s medieval past, stay overnight at the abbey hotel, situated in the beautifully restored rooms of the Saint-Lazare priory.

These simple, elegant rooms are converted nuns’ cells (albeit with considerably more home comforts!), and are beautifully decorated in a way that evokes the abbey’s medieval past while offering a taste of luxury. The accompanying restaurant, run by award-winning chef Thibaut Ruggeri, is the perfect way to round off the experience.

What to do at the Abbey de Fontevraud

The restoration of Fontevraud may hark back to the medieval period, but it has also fully embraced the modern, digital age. Today, a smart visitor centre, complete with gift shop, restaurants and interactive high-tech visitor experiences, makes this a great destination for a Loire Valley day trip.

The abbey regularly hosts contemporary art exhibitions and installations, concerts and plays, which will keep visitors of all ages entertained and engaged. There is even the opportunity to explore the abbey and grounds using virtual reality technology. This groundbreaking and innovative approach to bringing the past to life will excite and delight visitors and pushes the boundaries of the way we experience the past and look at historical monuments.

The complex is open daily, year-round (except between Dec 25th and Jan 25th), and a family ticket may be purchased for €28. Audio guides, guided tours, and an interactive treasure hunt for children (complete with iPad) are available at an extra cost.

The Royal Abbey de Fontevraud offers the perfect marriage between human innovation and natural beauty, between English and French, between the medieval and the modern.

It’s a historical monument with a difference, providing a unique window into the medieval past through the creative use of up-to-the-minute technology.

As a boundary-pushing medieval queen herself, I like to think that Eleanor would be proud. 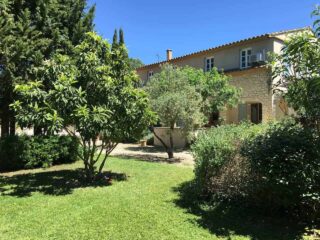 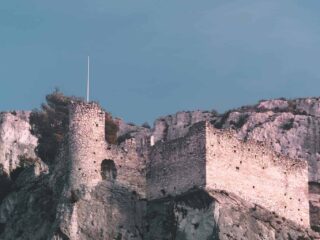