Today marked an important milestone in my French journey – the OFII appointment and medical (French Office of Immigration and Integration).

I’d spent hours worrying about this appointment. Reading the letter from the OFII countless times to make sure I was prepared with all my documentation, and googling the heck out of “what happens at the OFII appointment France” and “OFII medical”.

(If you’re looking for what happens at the follow-up OFII appointment – the “Civic Training” days, read this instead).

I’d be relatively cool about it during the day and then at 1am visions of stern French teachers chastising me for my lack of French language skills would come tumbling into my head, robbing me of sleep.

So what actually happens at the OFII appointment? Did they really need my entire life’s medical history and vaccination records?

I’m writing out my experience as it really calmed my nerves to read other accounts of the process in the lead-up to the big day.

One theme really stood out as I did so – no two experiences are the same. Whether it’s the type of visa you are entering on, or the office you go to – I’m not sure why everyone’s experience is so different.

The OFII Appointment Process (as it was for me)

I’ll start by saying my visa is a ‘Long-stay visa for Spouses of a French National’. However, the OFII process seems to be similar regardless of visa type.

My appointment was scheduled for 1.30pm at the OFII in Bordeaux. I’d read that they schedule appointments half an hour before the office actually opens. This would make sense as most offices in France close for lunch between 12-2pm.

I had time up my sleeve, so I walked past the office at 1.15pm and sure enough, the doors were firmly shut. A line of people had begun to queue on the other side of the road, seeking respite from the midday sun. I continued walking but as there wasn’t much to do in the immediate vicinity I decided to head back to the office and wait for my spot.

As I approached the building I was surprised to see it open, with only the tail of the queue was peeking out of the door. Just as well I hadn’t stayed away too much longer! The security guard on the door checked my appointment letter and directed me to the reception desk. I presented my letter again along with my passport and was then directed (in French) to wait outside a room to my left.

As I loitered anxiously the word “Test” at the front of the room struck fear in my heart. None of the articles/blog posts I’d read had mentioned a test of any kind so this was all new to me. The small room was filled with school chairs – the kind that has little mini desks tucked away under one arm.

There were around 12 people already sitting at their desks by the time I was called to the front of the room. A man addressed me in French and I handed over my appointment letter and passport once again. He then asked me something in French, but he could have been speaking in Japanese for all that I understood. I was conscious of being watched and anxious about the test – so I just stood there looking like a stunned mullet until he asked me if I spoke English.

This was enough to pull me out of my fog and answer him first in French “Oui”, and then in English when he didn’t understand me – oh the humiliation!

I was finally dismissed to my seat (mercifully there was one I could slink into at the back of the room – save any more eyeballs on me). And then the test instructions were read out.. Awesome, I’d finally find out what this was all about. Yeah, until I realised they were only reading them in French and translating into Arabic.

Oh well, by this time I’d figured out it was probably a French test and with my miserable level of French, I was most likely going to fail anyway. I’m not sure instructions were going to make much of a difference!

A bit of background here: Yes, I probably should know a bit more French after living in the country for almost 4 months, and it wasn’t due to lack of willing! I had tried to enrol in classes when I first arrived back in May, but no-one was taking students at the end of the school year (which runs September-June). Private lessons are super expensive, and I’d been told that I’d be given free French lessons after my appointment with the OFII. In the meantime, I’d picked up enough to cover all the pleasantries and ask for a loaf of bread from the bakery – so I should be sweet right? Er, non.

I proceeded to fudge my way through the French test which was entirely written in French. Fair enough you may say. But, as it’s a test for foreigners who are just entering the country a few English instructions wouldn’t have gone amiss.

Anyway, by some miracle, I understood enough to actually get through it and complete all the answers without feeling like a real douche. After we’d handed back our tests, we were directed back in to the main waiting area.

I waited here until someone eventually called out “Monsieur Nadine Maffre”. Even with my limited French I know I should be a Madame, not a Monsieur. Under the assumption there wasn’t a male Nadine Maffre lurking in that same waiting room (that would be a pretty weird coincidence!), I rose from my seat tentatively. The woman looked confused and apologetic when I made it clear I was indeed Madame Nadine Maffre, not the Monsieur she was expecting.

In the meeting room (and after me apologising that I didn’t understand her French introduction) she ran through my test results. By some miracle, I’d managed to pass my written French test! Ok, so I knew my written French/comprehension was way above my spoken language abilities. Nevertheless she seemed astounded that I could pass the test, yet wasn’t able to converse with her in French. Sorry lady, you and me both!

In any case, if I’d managed to pass the written and verbal test/interview, I wouldn’t have been offered free French lessons. So in this case, failing to be able to converse was actually in my favour. She explained what would happen next and ushered me to another waiting room.

A nurse called me into a room to take my weight, height, test my eyesight and ask me about my medical history. General questions such as – did I take any medications (nope) and had I undergone any surgery (yup). This part only took 5 or so minutes and then I was escorted to another room where the radiologist was waiting to take my chest x-ray.

I’d read about having to strip down and walk between rooms topless – what no-one mentioned was if anyone was present in these rooms while I was walking around with my kit off. An unfounded fear perhaps – but this is the land of topless sunbathing after-all!

Luckily it was just a matter of getting undressed in a cubicle and then walking into the main room to the x-ray machine. No-one was present except the radiologist. As I got dressed again the radiologist asked me why I was in France. She tells me “most people from your part of the world come here to play rugby”. Oh yeah? I wonder idly which rugby players have passed through these rooms…

I go back to the medical waiting room to wait for the doctor this time. When I’m called in, I get asked about my medical history – how many children, any diseases etc. Then comes the vaccination question I’d been dreading.

I’d read mixed accounts of how vital this information was, and had only managed to get a copy of my baby book (thanks Mum!) with my first lot of vaccinations recorded. Luckily, she seemed happy enough with my explanation that I’d had all the recommended doses as per the New Zealand vaccination schedule (I’d written these down in advance).

She advised me that in France they have booster shots for the DTaP every 20 years – so by that basis, I was overdue. She wrote me out a prescription to show my doctor, but also explained that it’s not mandatory.

Finally, I got seen by the original interviewer again who looked over my file and granted me the OFII approval to stay for one year. Thank goodness – it’d be rather unfortunate if I’d just bought a house in a country I couldn’t live in!

*This information turned out to be incorrect. The following year I could only apply for another 1-year visa, and the following time I was offered a 2-year visa.

Paperwork required for the OFII

The list of all the documents required at the OFII appointment:

I also took a bunch of extra stuff just in case but none of it was required. I was asked for a copy of my medical insurance which I didn’t have – but that didn’t seem to be an issue.

– Following this appointment with the OFII I was ordered to attend two “Civic Training” days, the first of which I’ve written about here: OFII Civic Training 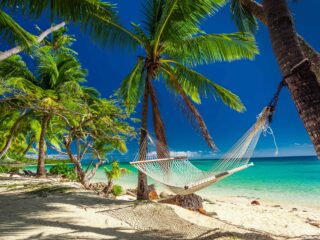 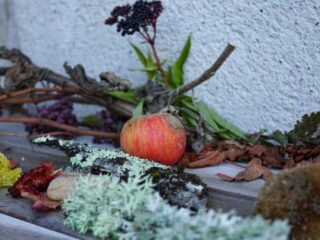 If you have to take your top and your bra off for the x-ray, do they not give you a gown or cover as they do in probably every other country in the world?

Hello Nadine, your website is very informative! I came to France almost 5 weeks ago and last week applied for the visa validation online, as it seems this is the procedure at the moment. I have paid timbre (tax fee) as well and they created my account online. What I am not sure about is whether I should now just wait for them to contact me back and schedule medical and other appointments?

Hey Nadine! Found this just now! I am in the exact same situation as you were - VLS with 1 year validity as my spouse is french. Which visa did you end up needing to apply for once the year was up for you?

Hello , many thanks for all the questions, the blog is awesome ! I couldn`t find if some had already such question: - how do you pay for the OFII medical check? - if my husband doesnt have any proof of vaccination etc with him , they will send him for additional tests?

once again many thanks !

Hi Natalia, the OFII medical check is part of the interview/OFII day - so I don't believe there is an additional charge (it was some time ago for me now). I didn't have proof of vaccination and it wasn't a problem at all.

Hi. I am ayesha my jusband is french. I came from pakistan 2 months ago. I send my letter to offi. But yet i have no response from offi. . No any appointment from offi ... please tel me where i asked this . Plz tel me.thankyou.

Hi Ayesha, I know it can be worrying, but in my experience, it's normal to have to wait before you get your appt with the OFII. If you want to check, I'd start with your local prefecture.